Jason K. Allen serves as president of Midwestern Seminary. Dr. Allen attended Spring Hill College in Mobile, and received his B.S. in Political Science. After leaving Spring Hill College, he attended Southern Seminary, where he received both his M.Div. and Ph.D. Dr. Allen was elected by the Midwestern Board of Trustees as the seminary’s fifth president on Oct. 15, 2012, becoming the youngest seminary president in the Southern Baptist Convention and one of the youngest presidents in American higher education. He came with a renewed vision for the school, focusing its mission and vision on a seminary’s sacred calling to serve the local church. 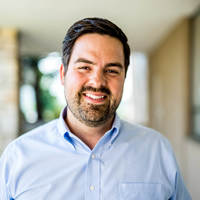 Charles Smith serves as Vice President for Institutional Relations and Assistant Professor of Christian Leadership at Midwestern Seminary and oversees the offices of Admissions, Institutional Advancement, Alumni, Communications, Student Life and Events, and Center for Church Planting and Partnering. He earned a Business Administration degree from Mississippi College in 2007 and a Master’s of Divinity from Southern Baptist Theological Seminary in 2011, and he is currently pursuing a Ph.D. in Christian Leadership. Jared C. Wilson is Assistant Professor of Pastoral Ministry, Spurgeon College, Author in Residence, and General Editor, For the Church, and author of numerous books, including Gospel Wakefulness, The Pastor’s Justification, and The Prodigal Church. In ministry for over twenty years, Wilson has also written numerous church resources and Bible studies, as well as contributed the study notes for 1 & 2 Peter and Jude in the ESV Gospel Transformation Bible. He is a graduate of Middle Tennessee State University in Murfreesboro, Tennessee. John Mark Yeats serves as dean of Midwestern College. Dr. Yeats earned his Ph.D. in Church History from Trinity Evangelical Divinity School. He also holds degrees from Southern Seminary, Oxford University, and Criswell College. Yeats has authored three books, Franchising McChurch: Feeding our Obsession with Easy Christianity; The Time is Come: The Rise of British Missions to the Jews, 1808-1818; and Worldviews: Think for Yourself about How We See God. Ronni Kurtz is the Managing Editor of For The Church and also serves as the Assistant Director of Marketing at Midwestern Baptist Theological Seminary—where he is pursuing a Ph.D. in systematic theology. He also serves as Pastor of Teaching and Equipping at Emmaus Church. You can follow him on Twitter at @RonniKurtz.