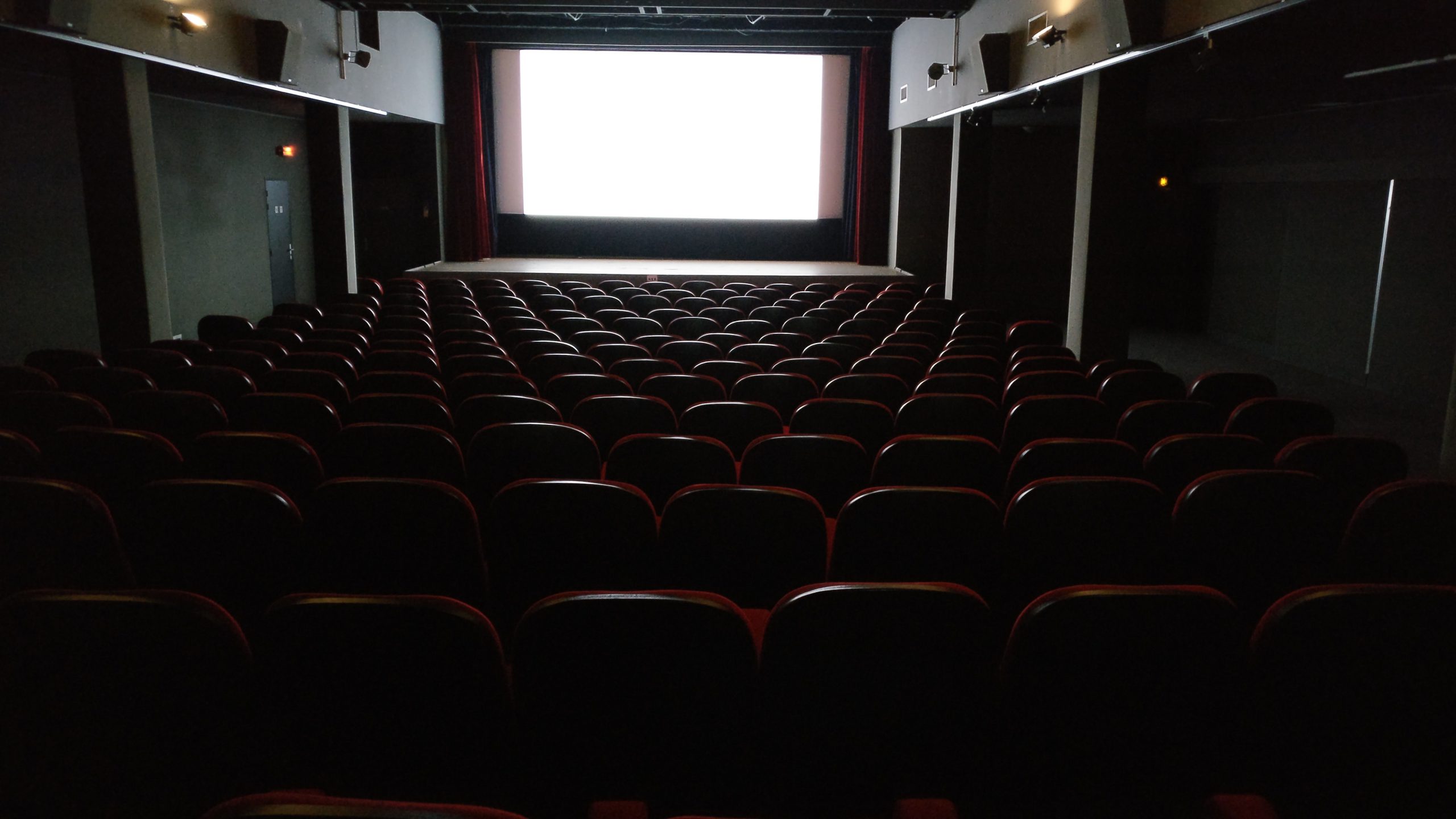 Lately, I have been heartbroken over how many Bible-believing Christians approve of watching certain movies which include scenes with on-screen nudity and sexual content (by which I mean literal sexual content, not something implied). I’m not just talking about immature Christians who make excuses to watch things like Game of Thrones. I’m talking about pastors, worship leaders, and other popular Christians in the evangelical world who are arguing for these kinds of movies and shows from another angle. One that seems more “Christian,” more appropriate, even sanctifying. And no, the argument does not include watching a censored version of a particular movie.

They argue that the issue of on-screen nudity is a gray area. If a certain film is artistic, or has redemptive qualities about it, or even if its intention is to simply reveal the horror of sexual sin, then we can approve of watching on-screen nudity and sexual content, so long as it doesn’t cause us to personally sin, or that our faith isn’t shaken because we watched it (Rom. 14:22-23 is used in defense of this). But is on-screen nudity really a gray area? Perhaps in the case of a documentary of the Sistine Chapel or of a South American tribe, but that isn’t what I’m talking about. In the words of Kevin DeYoung:

We are not talking about marble statues or a Holocaust documentary or a physician examining a patient. We are talking about two naked people doing in front of us what naked people do together. Take the medium of television out of it. Would you go into a private room and look through a peep hole to watch this? Would anyone think that’s the sort of thing we can give thanks for? Or the sort of thing mature Christians do?

Can Christians Ever Approve of Watching Such a Thing?

Can we possibly approve of watching a movie which displays people literally getting naked, or mostly naked, and engaging in real sexual acts, so long as it has a good message or is over-all excellent and artistic in its quality (again, I’m not talking about a censored version of Braveheart, I’m talking about watching and encouraging other Christians to watch these specific scenes)? Not only is there something deeply wrong when a film attempts to expose the horror of sin, while causing the actors to sin in order to get their point across (such as Knight of Cups), but there is also something deeply wrong when Christians approve of watching it.

I realize I may sound like a resounding gong or one of those legalist Christians who struggles with lust and therefore I feel like I have to condemn everyone else for watching on-screen nudity. I also realize that the topic of what Christians should or shouldn’t watch is incredibly complicated (and I am by no means perfect). I will also be the first to admit that Christians do have certain liberties, which means there are some things which may be okay for some us but not others (1 Cor. 8; Rom. 14). But since adultery, fornication, and all forms of sexual immorality are sinful (and grievous to God – Gen. 6; Jer. 8:18-9:3; Hos. 11; etc.), then the actors engaging in these things are clearly doing something deeply offensive to God (and likely causing millions of other people to lust in the process). Sin is terrible. Always.

It should make us weep (James 4:8-9). It should make us feel uncomfortable. The psalmists didn’t cry out for God’s justice because they were bloodthirsty, but because they genuinely loathed the sin around them (Ps. 5, 58, 68, etc.). Ezra refused to eat or drink because he was so sorrowful over the sins of the people in his community (Ezra 10:6). Jeremiah cried out “My anguish! My anguish! I writhe in pain!” because of the foolishness and evil surrounding him (Jer. 4:19-21).

How then, as Christians, could we ever justify being entertained by on-screen sexual nudity, despite its intent (or even how “explicit” it may or may not be)?

What About Other On-Screen Sins?

Now some will rightly ask, why call out just nudity and sexual content? What about violence or language? What about the underlying message a film is trying to get across? Those are all very important and really deserve more attention than I can give in this short post. But to give a brief answer, arguments can be made for certain depictions of violence, such as watching a film because it shows the horrors of violence and war, rather than glorying in it (since the people aren’t actually sinning by killing one another). One may even make an argument for language (to a certain degree. However, Eph. 5:3-6 are good verses to keep in mind).

And as to the film’s message (which is more important than mere content), I’ll be the first to admit that some movies rated G are more concerning than some movies rated R. Likewise, there are some “Christian” PG movies that do little to advance the Kingdom, while other movies with a higher rating do much for the Kingdom (think Tree of Life or Passion of the Christ). But when it comes to sexual nudity, we are not talking about make-believe. We are not talking about words or phrases that may or may not be offensive to a specific culture or context. We aren’t even talking about an underlying message that may be taken one way or the other (for which we should have good discernment). We are talking about blatant sin. It’s not pretend. Those who engage in sexual acts in front of a camera are real people who have real souls. John Piper put it well:

One may argue that Scripture contains passages with strong sexual content, both literal and metaphorical, some of which are quite graphic (simply think of Ezekiel 23). But the issue is not whether sin should be talked about or even, in certain cases, appropriately described or shown in order to reveal the horrors of it (such as a Holocaust museum). The issue is how and by what means we communicate it.

It’s one thing to read about the tragedy of Lot and his daughters sleeping together (or to watch a movie that implies it). It’s an entirely another thing to hire a guy and a couple of girls to act it out in front of a camera. Movies, books, or whatever medium we use can always address these issues in a God-honoring way, a way that’s true to the gravity of the sin, and in a way that doesn’t require the actors (or those watching it) to actually to sin themselves.

To say, as a Christian, that sexual nudity in movies is sometimes necessary for the artistic value or to get the message across is the same thing as saying it’s okay to approve of someone sinning because it helps me appreciate God’s love for holiness. That’s not only ludicrous, its offensive to God.

I realize unpacking a subject like this raises a hundred more questions regarding what Christians should or shouldn’t approve of (and everyone will likely find something they disagree with me in this post). And it may sound hypocritical to call out movies that contain sexual content and nudity while saying very little about movies that contain the actors sinning in other ways, such as blasphemy or raunchy humor. But when we face such issues, would it not be better for Christians (who are called to be holy) to watch less of these kinds of things rather than broadening the spectrum of what we approve of? None of us are perfect, but Paul said that even though he was not yet perfect, he presses on to make it his own, because Christ Jesus has made him His own (Phil. 4:12). And we should follow his example.

And for those of us who are in influential positions, please be careful with what you approve of watching. You may be leading hundreds of people astray (and I am preaching to myself here). I have pastored and taught students for over seven years and the last thing I want is for them (or myself) to take lightly Christ’s warning that it is better to cut out our eye, if it causes us to sin, than to be thrown into hell (Matt. 5:29). As John Piper put it once again, “If Jesus told us to guard our hearts by gouging out our eyes to prevent lust, how much more would he say, ‘Don’t watch it!’”

Consider the souls on the other side of the screen. Weep over the darkness they are living in and the wrath they will face if they do not humble themselves before God and repent. And let us weep for ourselves, who are so easily tempted and led astray by these sins, all the while humbly relishing in the reality that we are saved by the blood of Christ which he shed for us by grace alone.