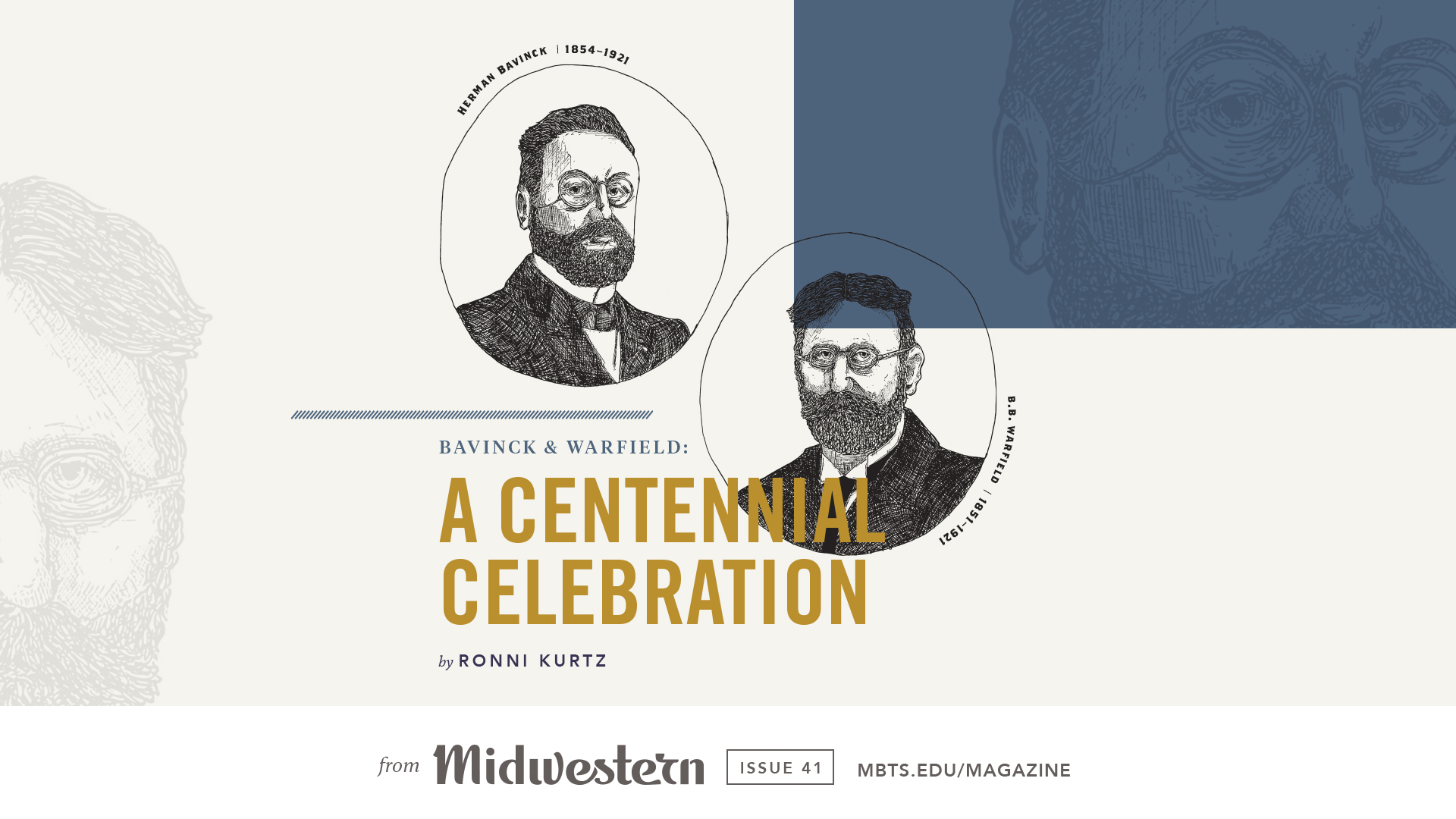 The year 2021 marks the centennial anniversary of the passing of two titans of theology—Herman Bavinck and Benjamin Breckinridge Warfield.

The two theologians—one American and one Dutch—helped shape a generation of theologians behind them. While Warfield was three years Bavinck’s elder, the two great Christian thinkers both passed in 1921—Warfield in February and Bavinck in July.

Death Comes to Princeton and Amsterdam

In a letter written to his mother, J. Gresham Machen wrote of Warfield’s death noting, “It seemed to me that the old Princeton—a great institution it was—died when Dr. Warfield was carried out.”[1] It was at this “great institution” that Warfield served as professor of polemic and didactic theology for 34 years. While there, the great American theologian trained thousands of students, wrote hundreds of periodicals and articles, and spent many of his days promoting orthodoxy. However, on February 17th, 1921, The New York Times reported Warfield, “died suddenly at his home last night”[2] and the earthly chapter of the “Lion of Princeton” came to a close.

Unlike his Dutch counterpart, Abraham Kuyper, Herman Bavinck intended to die quietly. He did not want a news spectacle nor major commotion. As recent biographer, James Eglinton, points out, even Bavinck’s tombstone has a kind of simplicity, reading only, “Dr. H. Bavinck, b. 13 Dec. 1854, d. 29 July 1921.” Eglinton suggests that an appropriate addition, and one that demonstrates just how grand a character Bavinck was, would be: “Here lies a dogmatician, an ethicist, an educational reformer, a pioneer in Christian psychology, a politician, a biographer, a journalist, a Bible translator, a campaigner for women’s education, and eventually, the father, father-in-law, and grandfather of heroes and martyrs in the anti-Nazi resistance movement.”[3]

Who God is and How He is to be Studied: Appreciation for Bavinck and Warfield

Given the significance of Bavinck and Warfield’s academic ministry, a multi-volume project detailing their role in advancing theological wisdom would not suffice. Therefore, it is a near maddening task to outline a word of appreciation for these two titans of theology in a brief article. For the sake of brevity, I have decided to highlight one way each man has aided my theological development in hopes of demonstrating how others might benefit today from reading these two voices of yesterday.

Reminding readers that “mystery is the vital element of dogmatics,”[4] Bavinck plunges into a theological treatment of the doctrine of God. Beginning with the caveat of God’s incomprehensibility, and, therefore, the grace of dogmatic theology, Bavinck discusses the vital topic of who God is. Contrary to the common modern theological tendency to posture God as a mere grander version of his creation, Bavinck understood the transcendental otherness of God. Against the modern stream of theology proper in his day, Bavinck emphasized and articulated classical doctrines such as immutability, simplicity, aseity, impassability, and the like.

I have found in the pages of Bavinck something of a mentor. While separated by generations (Bavinck was placed into the ground nine years before my paternal grandfather would be brought into the world), I began to look to him for direction in answering the question: “Who is God?” There seemed to be a direct relationship between the structural integrity of my copy of Bavinck’s The Doctrine of God and the clarity with which I thought about the grandeur of God. As my book fell apart, my doctrine of God did the opposite; the more I read, the more the theological fog lifted. What I witnessed, page after page, is that Herman Bavinck’s God is big. In line with his thoroughly Dutch theology, Bavinck’s God was big enough to move into every sphere of his life.

Though Warfield is a fellow American, I did not take a deeper dive into his work until my doctoral program. In the variegated works of Warfield, I found what felt like a theological confidant. As anyone familiar with Warfield knows, the polemical context of his writing makes tracking down his published articles something of a treasure hunt. Yet, as I read, it was confirmed over and again that this is a hunt worth pursuing. Personally, Warfield has instructed my theological development on a number of finer points of doctrine. For example, his work on the inspiration of Scripture and the soteriological consequences of Christological realities have made a deep impression on me.

Yet it is not necessarily the what of Warfield’s theology that has left the longest lasting impression; rather, it has been the how of his theology. While Bavinck taught me who God is, Warfield was instructive in demonstrating how this God is to be studied. In short, for Warfield, the theological enterprise must be riddled with worship.

Take, for example, the instruction he gives his students in The Religious Life of Theological Students:

A minister must be learned on pain of being utterly incompetent for his work. But before and above being learned, a minister must be godly. Nothing could be more fatal, however, than to set these two things over against one another…Sometimes we hear it said that ten minutes on your knees will give you a truer, deeper, more operative knowledge of God than ten hours over your books. ‘What!’ is the appropriate response, ‘than ten hours over your books, on your knees?’ Why should you turn from God when you turn to your books, or feel that you must turn from your books in order to turn to God? If learning and devotion are as antagonistic as that, then the intellectual life is in itself accursed, and there can be no question of a religious life for a student, even of theology.[5]

Or, again, as he stated elsewhere, “It is wonderful how even the strictest grammatical study can be informed with reverence…And the doctrines—need I beg you to consider these doctrines not as so many propositions to be analyzed by your logical understanding, but as rather so many precious truths revealing to you your God and God’s modes of dealing with sinful man?”[6]

Warfield has a right-sized view of theology as a trusted vehicle traversing towards the glory of God. There was never an uncomfortable relationship between academic excellence and Christian piety in the theology of B.B. Warfield. Students of theology today would do well to emulate Warfield’s insistence on devotional scholarship.

It is grace upon grace that we, Christians in the 21st century, get to join in the cosmic conversation about Christ with the chorus of saints long gone. I am eternally grateful for the religious lineage I have been grafted into. Without a doubt, members like Herman Bavinck and Benjamin Breckinridge Warfield make this chorus more melodic. It has been 100 years since these two titans of theology were laid to rest, yet their theological legacies move onward. At this, the centennial anniversary of their passing, we take time to remember and appreciate both theologians but, more importantly, we take this opportunity to marvel at the great God they served.