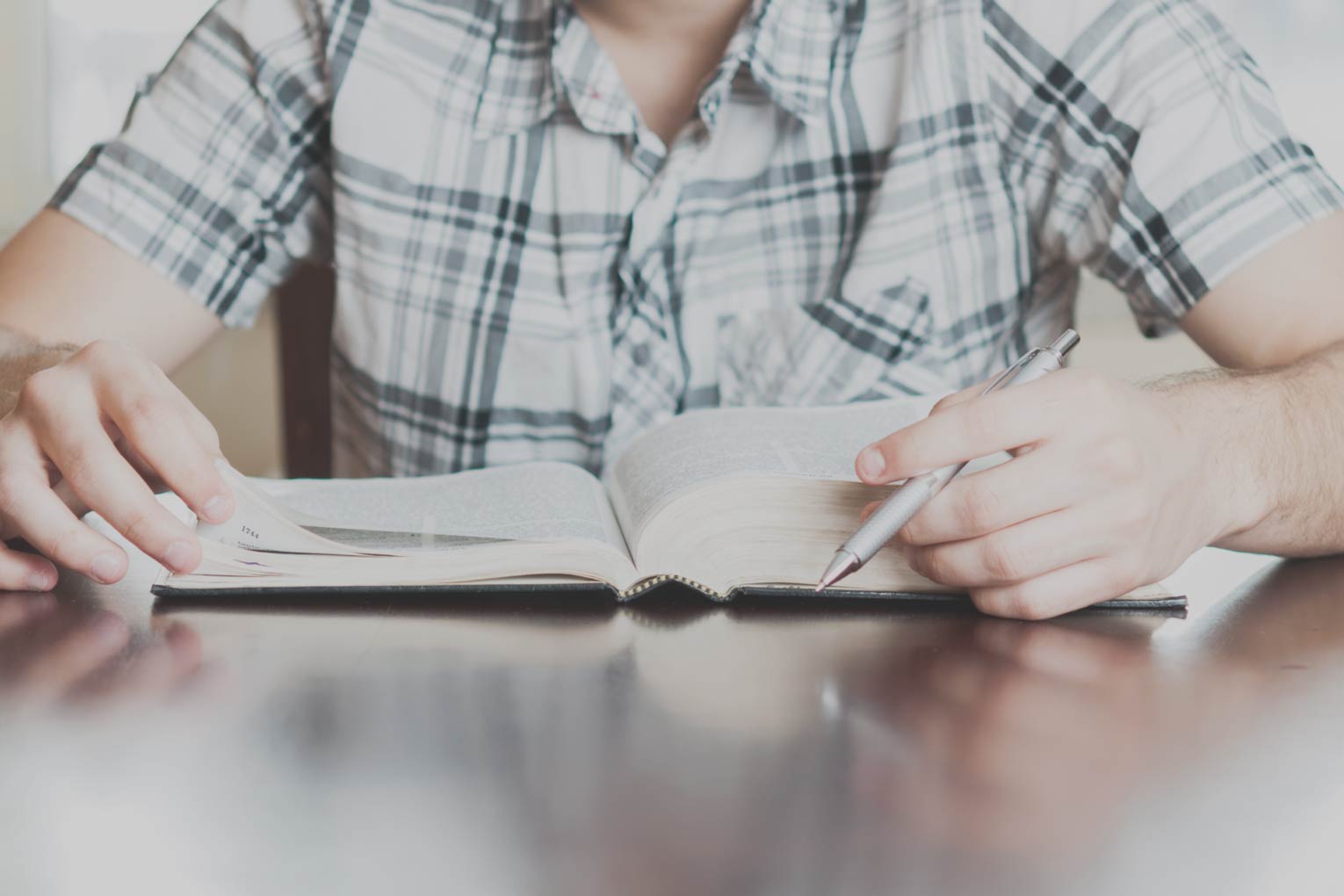 Or, How You Uncheapen Grace in Your Church

“I resolved to know nothing among you but Jesus Christ and him crucified” (1 Cor. 2:2)

When we take up our ministry crosses and die to our visionary selves and follow Christ’s way of “doing church,” we show how costly grace really is. We show how powerful it really is.

Ironically, however, the way to show the enormous costliness of grace is not to heap on people an enormous burden of instructions. The logical mind wouldn’t think it should work this way. But you demonstrate how valuable grace is by emphasizing grace over the spiritual “to do” list. If you want to uncheapen grace, actually, you will throw it at everything.

The very nature of grace throws off all measurements of balance. You don’t balance out law with grace, or vice versa. They don’t keep each other in check. Thinking so reveals a misunderstanding of both. Trying to strike a balance between the two is to envision them as equal but opposite forces, as if they are synonymous with legalism and license. We think the way to balance away from legalism is to get some license in the picture and call it “grace.” If we fear that “grace” is creating too much license, we seek to balance it out with a little law. But either option, to borrow from Lewis who is borrowing from Luther, is “falling off the horse on the other side.” Tim Keller writes:

Christians typically identify two ways to respond to God: follow him and do his will, or reject him and do your own thing. Ultimately this is true, but there are actually two ways to reject God that must be distinguished from one another. You can reject God by rejecting his law and living any way you see fit. And you can also reject God by embracing and obeying God’s law so as to earn your salvation. The problem is that people in this last group—who reject the gospel in favor of moralism—look as if they are trying to do  God’s will. Consequently, there are not just two ways to respond to God but three: irreligion, religion, and the gospel.[1]

In reality, both irreligion and religion are fundamentally self-salvation projects. They are equally self-righteous, even though the former is predicated on being automatically righteous and the latter aims to earn righteousness. So there is no wisdom in seeking to balance “grace” and law this way. (When Keller refers to doing “balanced ministry” in his book, he doesn’t mean to set gospel against law but to set the gospel as a third way, the biblically-harmonious way.)

The parable of the prodigal son certainly shows us the two ways to reject the father in the lost son’s irreligion and the older brother’s moralism. And one thing we notice about the prodigal son’s repentant moment in the pigsty is that he rides the pendulum to the other side:

But when he came to himself, he said, “How many of my father's hired servants have more than enough bread, but I perish here with hunger! I will arise and go to my father, and I will say to him, ‘Father, I have sinned against heaven and before you. I am no longer worthy to be called your son. Treat me as one of your hired servants’.”  (Luke 15:17-19)

He went where we all impulsively go to please the Father: to the law. He cannot fathom that after spending up all his Father’s mercies, there will be any left. “I’ll go work for my dad.” And thus he shows how alike he is in the flesh with his older brother, who’s only distinctive quality is that he’s been trusting in his works all along. The lost son wants to trade in his penitence for the merit system. He wants to trade the leaven of Herod for the leaven of the Pharisees. When navigating this divide ourselves, we ought to pay attention to C.S. Lewis, who said:

For my own part I hate and distrust reactions not only in religion but in everything. Luther surely spoke very good sense when he compared humanity to a drunkard who, after falling off his horse on the right, falls off it next time on the left.[2]

That’s not just a reaction; it’s an overreaction. That’s instinctively where the lost son goes, falling off the horse on the other side. But that’s not the way to show grace’s value.

In many attractional churches, they talk up grace a lot but actually preach law (advice), which shows how cheaply they hold grace. This is not how the Bible writers gave instructions. You don’t find any applicational exhortation that is disconnected from gospel proclamation. For the New Testament authors, especially Paul, the practical matters of the faith are inextricable from the explicit emphasis on the finished work of Christ. So in Paul’s epistles, we see him begin every message with an extended gospel presentation. The longer the letter, the longer the gospel foundation. See for examples the first ten chapters of Romans, and the first couple chapters of Galatians, Ephesians, Philippians, and Colossians.

Paul even bookends his letters with gospel proclamation. Every one of his epistles begins with some form of the greeting “Grace to you” and ends with some form of “Grace with you.” These customary salutations contain an important spiritual truth—when we begin reading one of Paul’s Spirit-breathed letters, we should realize that grace is coming to us through the words of Scripture, and when we are done reading, we should realize that we have just received a divine grace in receiving God’s word. But this opening and closing reveal an important theological truth too: all of the Christian life is of grace. It is grace that saves us, grace that sustains us, and grace that will lead us home to heaven.

So when we preach steps and tips but only assume grace, we are withholding from people the actual power they need to experience God’s love and obey him.

Grace is what makes Christianity unique among all world religions and philosophies. Only the Christian faith has grace. No man would have made this up. We love our merit badges too much. None of us would have come up with the concept of divine unmerited favor. None of us would have invented the notion that we cannot be good enough or smart enough, that we could not become somehow gods ourselves. We would be too busy building our own Babel towers, monuments to our own personal awesomeness. Instead, this alien thought comes down from the heavens, delivered by the one true God, that salvation is by grace alone through faith alone in Christ alone to the glory of God alone. Therefore, when we assume or obscure or otherwise deemphasize grace while at the same time emphasizing “practical application,” we de-Christianize our Christianity. Thomas Smith offers a personal illustration:

Several years ago I was invited to speak with several other preachers at a summer family conference. One of my colleagues spoke each night on the Christian family. What became more striking with each installment in this series was there was nothing distinctively Christian about any of it! We were given, night after night, good advice, sound wisdom, entertaining anecdotes, but we were not told what made the Christian family unique and distinctive from, say, a pious Jewish or Muslim family. This example could be repeated infinitely on a large variety of subjects.

One of the most remarkable things about the New Testament is the way that its writers deal with thorny ethical issues. Every ethical requirement, every matter of conduct, is rooted in the redemptive accomplishment of Jesus Christ.[3]

So Paul says, “I resolved to know nothing among you but Jesus Christ and him crucified” (1 Cor. 2:2). If Christ alone saves, if Christ alone is worthy, if Christ alone is the power and source of all blessing and treasure, what is it with the attractional church’s highlighting application as some graduation from the conversion experience? We don’t begin by the Spirit and continue by the flesh (Gal. 3:3). We are not followers of Christ-and-something-else-ianity.

We can uncheapen grace when we’ll open up the treasure chest of the Scriptures and start handing out Christ. It is from his fullness that we receive grace upon grace (John 1:16).

This post is an adapted excerpt from The Prodigal Church: A Gentle Manifesto Against the Status Quo