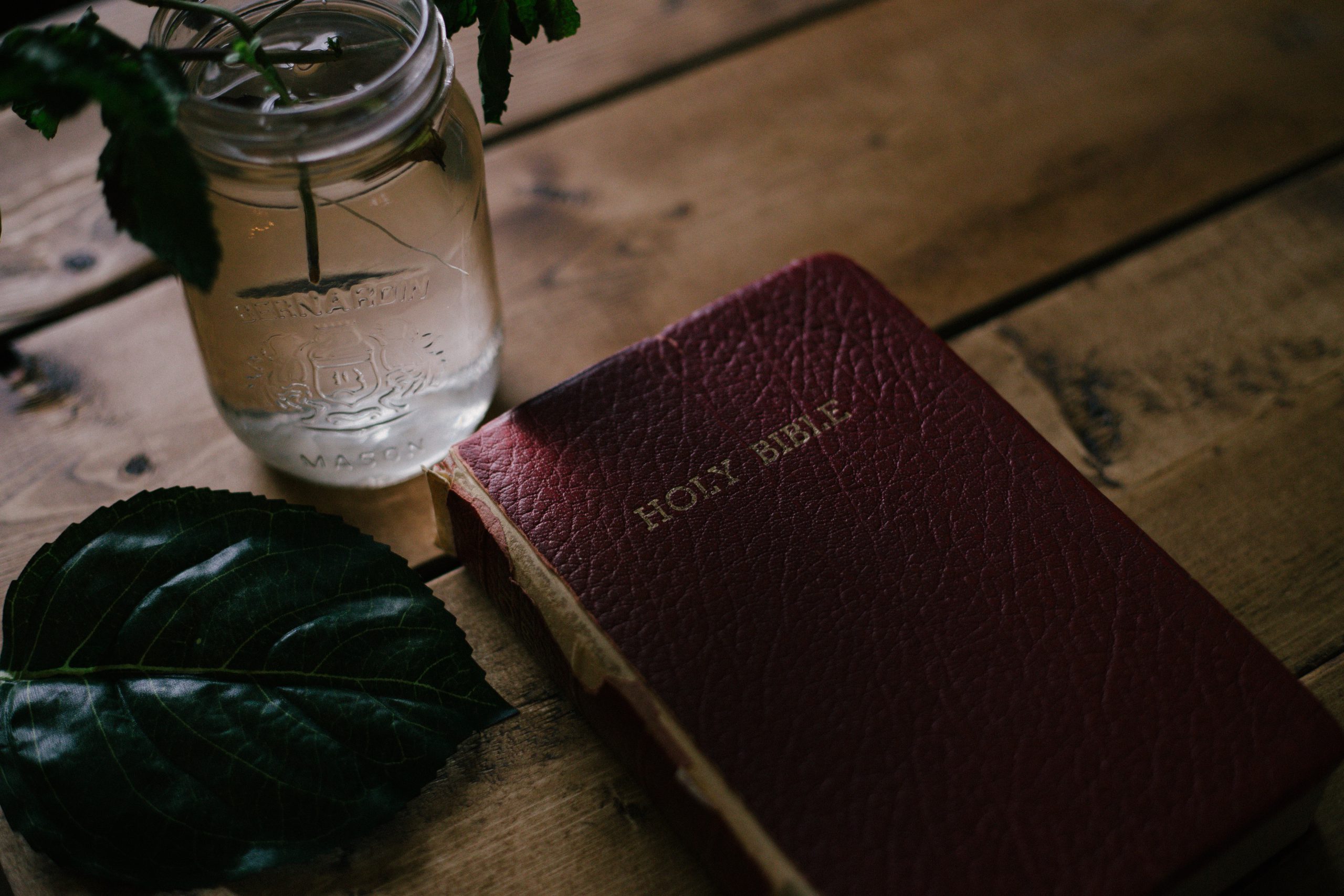 What God says about his word is a deep, complex, and staggering thing. And each book of the written word testifies to the wonder of his revelation. I decided to take a look, book by book, selecting a representative passage from each to highlight many of the things God's word says about God's words.

Leviticus 20:22 – You shall therefore keep all my statutes and all my rules and do them, that the land where I am bringing you to live may not vomit you out.

Numbers 15:31 – Because he has despised the word of the Lord and has broken his commandment, that person shall be utterly cut off; his iniquity shall be on him.

Deuteronomy 8:3 – And he humbled you and let you hunger and fed you with manna, which you did not know, nor did your fathers know, that he might make you know that man does not live by bread alone, but man lives by every word that comes from the mouth of the Lord.

Joshua 1:8 – This Book of the Law shall not depart from your mouth, but you shall meditate on it day and night, so that you may be careful to do according to all that is written in it. For then you will make your way prosperous, and then you will have good success.

Ruth 4:14-15 – Then the women said to Naomi, “Blessed be the Lord, who has not left you this day without a redeemer, and may his name be renowned in Israel! He shall be to you a restorer of life and a nourisher of your old age, for your daughter-in-law who loves you, who is more to you than seven sons, has given birth to him.”

1 Samuel 15:23 – Because you have rejected the word of the Lord,
he has also rejected you from being king.

2 Samuel 22:31 – This God—his way is perfect; the word of the Lord proves true; he is a shield for all those who take refuge in him.

1 Chronicles 16:12,15 – Remember the wondrous works that he has done,
his miracles and the judgments he uttered . . . Remember his covenant forever,
the word that he commanded, for a thousand generations.

2 Chronicles 18:4 – And Jehoshaphat said to the king of Israel, “Inquire first for the word of the Lord.”

Ezra 7:10 – For Ezra had set his heart to study the Law of the Lord, and to do it and to teach his statutes and rules in Israel.

Nehemiah 8:2-3 – So Ezra the priest brought the Law before the assembly, both men and women and all who could understand what they heard, on the first day of the seventh month. And he read from it facing the square before the Water Gate from early morning until midday, in the presence of the men and the women and those who could understand. And the ears of all the people were attentive to the Book of the Law.

Esther 3:8 – Then Haman said to King Ahasuerus, “There is a certain people scattered abroad and dispersed among the peoples in all the provinces of your kingdom. Their laws are different from those of every other people, and they do not keep the king's laws, so that it is not to the king's profit to tolerate them.”

Job 37:5 – God thunders wondrously with his voice; he does great things that we cannot comprehend.

Proverbs 30:5 – Every word of God proves true; he is a shield to those who take refuge in him.

Ecclesiastes 12:11 – The words of the wise are like goads, and like nails firmly fixed are the collected sayings; they are given by one Shepherd.

Song of Solomon 2:10 – My beloved speaks and says to me: “Arise, my love, my beautiful one, and come away.”

Isaiah 40:8 – The grass withers, the flower fades,
but the word of our God will stand forever.

Jeremiah 23:29 – Is not my word like fire, declares the Lord, and like a hammer that breaks the rock in pieces?

Lamentations 2:17 – The Lord has done what he purposed; he has carried out his word, which he commanded long ago.

Ezekiel 37:4 – Then he said to me, “Prophesy over these bones, and say to them, O dry bones, hear the word of the Lord.”

Daniel 9:9-10 – . . . For we have rebelled against him and have not obeyed the voice of the Lord our God by walking in his laws, which he set before us by his servants the prophets.

Hosea 4:1 – Hear the word of the Lord, O children of Israel,
for the Lord has a controversy with the inhabitants of the land

Joel 2:11 – The Lord utters his voice
before his army,
for his camp is exceedingly great;
he who executes his word is powerful . . .

Amos 8:11 – “Behold, the days are coming,” declares the Lord God, “when I will send a famine on the land— not a famine of bread, nor a thirst for water, but of hearing the words of the Lord.”

Obadiah 1 – We have heard a report from the Lord,
and a messenger has been sent among the nations:
“Rise up! Let us rise against her for battle!”

Jonah 3:3a – So Jonah arose and went to Nineveh, according to the word of the Lord.

Micah 4:2 – And many nations shall come, and say: “Come, let us go up to the mountain of the Lord, to the house of the God of Jacob, that he may teach us his ways and that we may walk in his paths.” For out of Zion shall go forth the law, and the word of the Lord from Jerusalem.

Nahum 1:15 – Behold, upon the mountains, the feet of him
who brings good news,
who publishes peace!

Habakkuk 2:14 – For the earth will be filled with the knowledge of the glory of the Lord as the waters cover the sea.

Zephaniah 2:5 – Woe to you inhabitants of the seacoast, you nation of the Cherethites! The word of the Lord is against you, O Canaan, land of the Philistines; and I will destroy you until no inhabitant is left.

Haggai 1:13 – Then Haggai, the messenger of the Lord, spoke to the people with the Lord's message, “I am with you, declares the Lord.”

Zechariah 7:12 – They made their hearts diamond-hard lest they should hear the law and the words that the Lord of hosts had sent by his Spirit through the former prophets.

Malachi 2:4-5 – So shall you know that I have sent this command to you, that my covenant with Levi may stand, says the Lord of hosts. My covenant with him was one of life and peace, and I gave them to him. It was a covenant of fear, and he feared me. He stood in awe of my name.

Matthew 5:18 – For truly, I say to you, until heaven and earth pass away, not an iota, not a dot, will pass from the Law until all is accomplished.

Mark 12:24 – Jesus said to them, “Is this not the reason you are wrong, because you know neither the Scriptures nor the power of God?”

John 5:39 – You search the Scriptures because you think that in them you have eternal life; and it is they that bear witness about me

Acts 12:24 – But the word of God increased and multiplied.

Romans 15:4 – For whatever was written in former days was written for our instruction, that through endurance and through the encouragement of the Scriptures we might have hope.

2 Corinthians 4:2 – But we have renounced disgraceful, underhanded ways. We refuse to practice cunning or to tamper with God's word . . .

Galatians 3:8 – And the Scripture, foreseeing that God would justify the Gentiles by faith, preached the gospel beforehand to Abraham, saying, “In you shall all the nations be blessed.”

Colossians 3:16 – Let the word of Christ dwell in you richly, teaching and admonishing one another in all wisdom, singing psalms and hymns and spiritual songs, with thankfulness in your hearts to God

2 Thessalonians 3:1 – Finally, brothers, pray for us, that the word of the Lord may speed ahead and be honored, as happened among you . . .

1 Timothy 4:4-5 – For everything created by God is good, and nothing is to be rejected if it is received with thanksgiving, for it is made holy by the word of God and prayer.

2 Timothy 3:16-17 – All Scripture is breathed out by God and profitable for teaching, for reproof, for correction, and for training in righteousness, that the man of God may be complete, equipped for every good work.

Titus 1:9 – He must hold firm to the trustworthy word as taught, so that he may be able to give instruction in sound doctrine and also to rebuke those who contradict it.

Philemon 23-25 – Epaphras, my fellow prisoner in Christ Jesus, sends greetings to you, and so do Mark, Aristarchus, Demas, and Luke, my fellow workers. The grace of the Lord Jesus Christ be with your spirit.

Hebrews 4:12 – For the word of God is living and active, sharper than any two-edged sword, piercing to the division of soul and of spirit, of joints and of marrow, and discerning the thoughts and intentions of the heart.

James 1:22 – But be doers of the word, and not hearers only, deceiving yourselves.

1 Peter 1:25 – “But the word of the Lord remains forever.” And this word is the good news that was preached to you.

2 Peter 1:20-21 – No prophecy of Scripture comes from someone's own interpretation. For no prophecy was ever produced by the will of man, but men spoke from God as they were carried along by the Holy Spirit.

1 John 1:4 – And we are writing these things so that [y]our joy may be complete.

2 John 5 – And now I ask you, dear lady—not as though I were writing you a new commandment, but the one we have had from the beginning—that we love one another.

Jude 3 – Beloved, although I was very eager to write to you about our common salvation, I found it necessary to write appealing to you to contend for the faith that was once for all delivered to the saints.