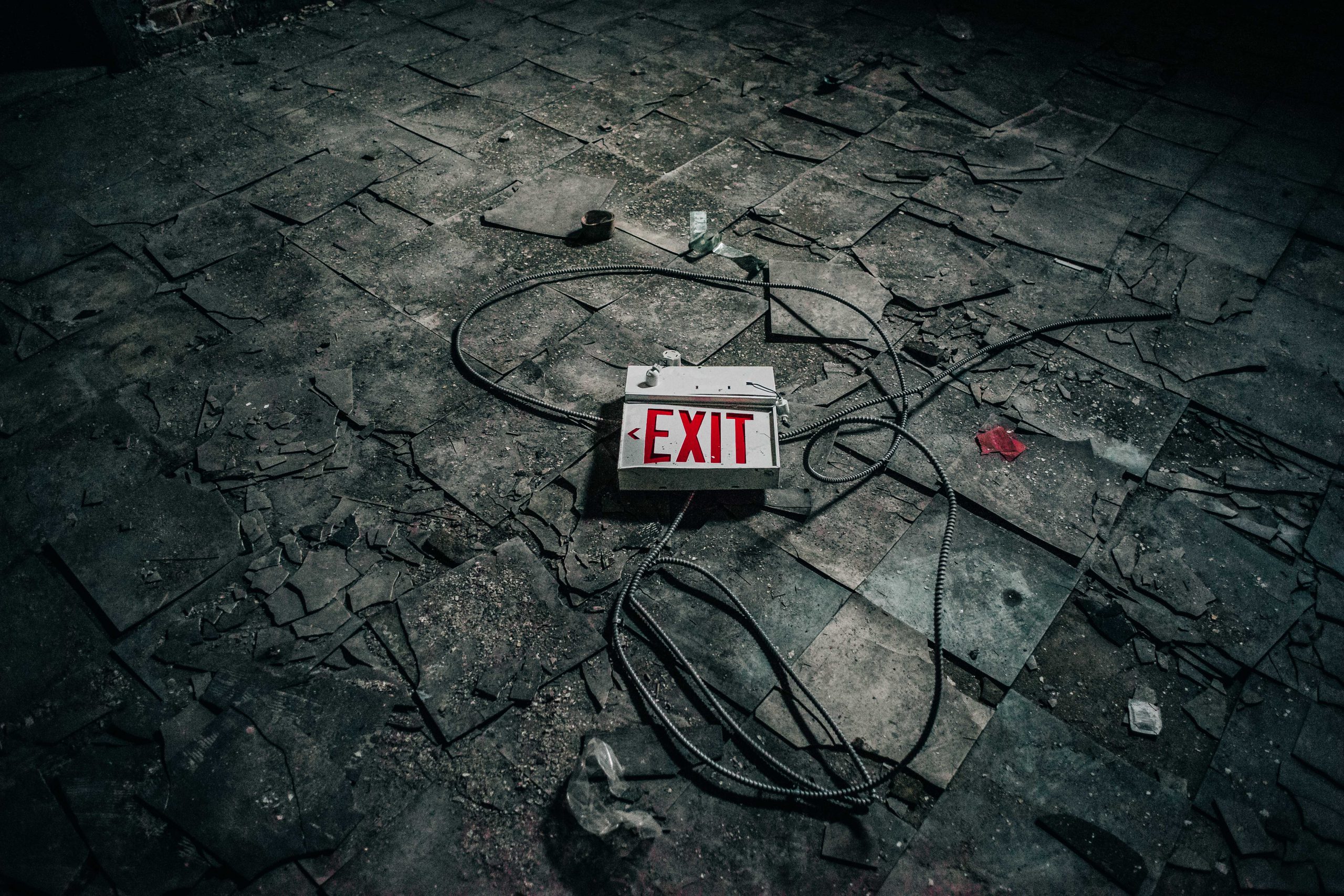 I heard from another pastor last week whose exit from his church went sideways. He and his wife believed the Lord had called them to step down from their current position and serve in another location, and after several years of pretty successful ministry, he believed he was resigning on good terms. He knew his news would be a surprise to his congregation, but he was not prepared for the depth of hurt feelings and anger his departure would stir up. And what should have been a bittersweet parting of ways turned into a sad limping away.

His story isn’t rare. And it’s quite a fascinating – if depressing – phenomenon. I’ve heard from more than a few ministers who've resigned on good terms – no moral failings, no being forced out, no ethical impropriety, no significant ministerial failure or exacerbating conflict in the church – and yet found themselves surprised and hurt by their congregation’s handling of their exit. We sometimes expect pastors leaving under bad terms to leave a bad taste in the church’s mouth, but we don’t really think about what can go wrong when an otherwise good pastor leaves under otherwise good circumstances.

If you’ve got a good pastor, now is the time to think about this. He may not leave any time soon (or ever!), but preparing your heart now for a statistically common reality can help prevent plenty of heartaches in the future – for you and for them. Here are some things the church ought to do if and when their pastor resigns under good circumstances:

Some of the worst treatment I’ve heard of hasn’t necessarily been toward a departing pastor but toward the departing pastor’s wife. Please remember that throughout his ministry, she has often carried more weight than you’re aware of. She knows of his ministry struggles but also his personal pains and heartaches. Transitions like these are rarely easy on families – wrestling through decisions, fear of uprooting, fear of hurting people’s feelings, the nervousness of stepping out in faith, stress of preparations for moves.

Some churches “make it easy” on pastor’s families in the wrong way! They make the next destination seem more welcome than it previously did purely by souring on the pastor and his family. Some ministry wives in the midst of transition suffer the silent treatment from friends or other churchfolks, or even gossip or slander. Realize that the pastor’s family is probably sad to leave too but doing their best to follow God’s call. Speak kindly to his wife, ask how you can help her, “talk her up” to others in the congregation, or otherwise pray for her cheer and success in the days ahead. Be encouraging to their children and ask them questions about what they’re looking forward to in the move. They may not officially be your pastoral family any more, but don’t abandon them or treat them like damaged goods.

2. Celebrate the successes you’ve enjoyed together.

A few pastors I’ve talked to who’ve left under good circumstances have endured going away parties that felt more like funerals. What a miserable send-off that is to a brother in Christ who loved you well and served your church faithfully. If you’re throwing a party for him and his family, actually celebrate the ministry milestones you’ve witnessed together during his tenure.

One of the best send-offs I ever got was when I left one student ministry position to take another. On my last Wednesday night with the youth group I was departing, they sat me on a stool on the stage and held an “affirmation time.” What was great about that moment is that I was actually struggling with whether I’d made any kind of difference or accomplished anything in my short time in that position, but a few students I never would have expected stood up to mention a time I’d encouraged them or helped them get through particular struggles. One student in our youth group, a particularly sullen fellow, stood up to say that he felt like I was one of the only leaders who understood him. And all along I thought this kid in particular didn’t like me! I would have never known about that if the opportunity wasn’t given to share.

I know it’s sad to see a beloved pastor go, but you actually don’t serve him well if you mope around and treat him with passive-aggressive disapproval. Of course, you don’t want to seem too happy he’s leaving! But affirm that his time with you was not wasted, that his ministry made a difference in your life and the life of the church. If you can’t open up the floor for personal affirmations, have another leader or two recount some of the initiatives your pastor led that helped the church grow, have a few key leaders share stories of your pastor’s faithfulness, etc.

My friend Ray once told me that pastors exiting a church on good terms ought to take a humble victory lap. How can you arrange that for your pastor friend?

3. Ask him to help you prepare for his successor.

No, if you can help it, he probably shouldn’t be on the search team! But think about it: nobody knows what it’s like to serve in that role like he does. Why not ask him to make a list for you of challenges and expectations particular to your church and your community? If he is indeed leaving under good circumstances, invite him to leave a letter for the next pastor encouraging him and giving him the “lay of the land," similar to the way outgoing presidents leave notes for their succesors.

Ask your pastor what particular strengths or gifts he feels he lacked and his successor should have that would make his tenure just as successful or more successful than his own. If you have a good pastor who is leaving, he still cares about your church and wants you to continue to grow and flourish in the gospel. Lean into that. Simply ignoring his counsel for your ensuing search process would be foolish.

4. Watch out for the control freaks.

In many churches there exists a person or two (or three or four or five…) who really like to run things. If their interests haven’t aligned with your pastor’s, it is usually only the growth of the church and the success of his leadership that will keep them in check. (If he wasn't leading well or the church wasn't growing, they probably run things already.) But if your pastor has enjoyed a growing ministry, these folks tend to exist almost like a sleeper cell waiting for activation. When he resigns, they may see their opportunity to “get their church back.”

Look out for the gossips, the dividers, the nitpickers, the naysayers, the grumblers – basically all the kinds of negative people Paul and the other apostles warned their churches about – who will seek to fill the “power vacuum” they perceive left by your departing pastor. Remember that it doesn’t really take a majority of people to divide a church; you just need a motivated minority. And they will always confess good intentions, expressing quite sincerely they mean to get right what they say your pastor got wrong. But if the control freaks exploit your pastor’s resignation for their own need to steer the ship, you not only discourage your pastor, you endanger your church after he's gone.

Don’t unfriend him on social media. Don’t never speak to him again. Don’t act as if he no longer serves any use to you simply because he isn’t your pastor. If he had some positive impact on your spiritual walk, let him know! And pray for him. It is difficult to pray for a man and feel sinfully angry or disappointed in him at the same time. In a few months after his departure, reach out to ask how he and his family are doing. Keep him on your Christmas card list. Say “hey” on his birthday. Pray for his future ministry, that it would flourish and succeed too. Wish his new church well and pray for their joy in the Lord, as well as your own.

We’re all in this together, after all, and it is the kingdom that ultimately matters, over and above the increase or decline of any church or the coming and going of any pastor.