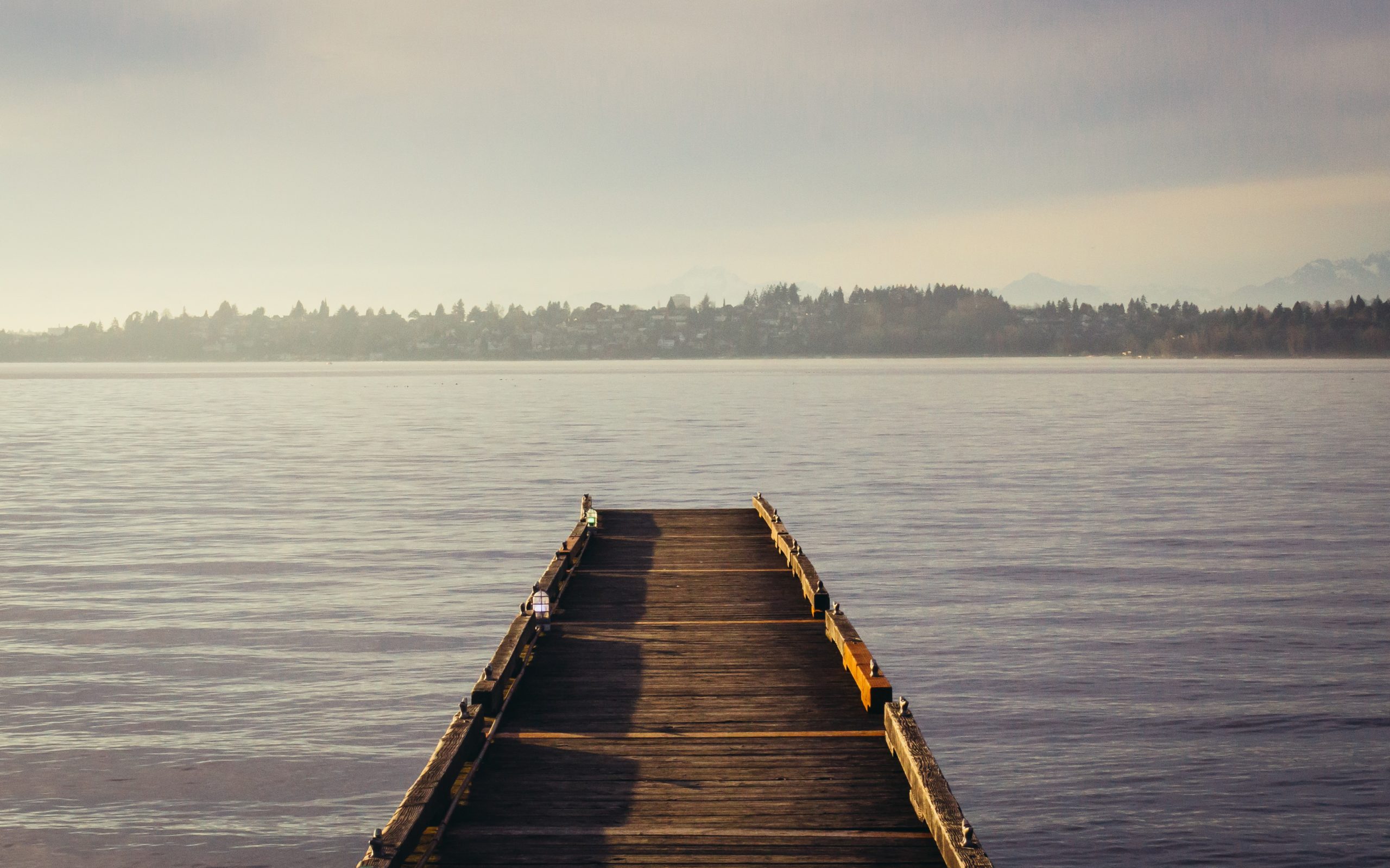 Recently, my fellow elders and I took a weekend retreat devoted to thinking carefully about a handful of matters related to our church. One of the topics under consideration was whether women should be included in the diaconate.

Our church has always had only men serve as deacons, but we wanted to seriously consider whether 1 Timothy 3:11 taught that women should be deacons as well. As anyone who has studied this passage in detail knows, there are compelling arguments on each side of the debate. In this short article, I will detail some of those arguments and then describe why we ultimately landed on “deacon’s wives.” The major reason I decided to write this article was not to try and convince everyone that we were right, but, rather, to provide a basic intro into the relevant arguments on each side and to hopefully provide some guidance along the way.

Perhaps the most helpful place to begin is to read the passage at hand. 1 Timothy 3:8-13 (ESV) says,

8 Deacons likewise must be dignified, not double-tongued, not addicted to much wine, not greedy for dishonest gain. 9 They must hold the mystery of the faith with a clear conscience. 10 And let them also be tested first; then let them serve as deacons if they prove themselves blameless. 11 Their wives likewise must be dignified, not slanderers, but sober-minded, faithful in all things. 12 Let deacons each be the husband of one wife, managing their children and their own households well. 13 For those who serve well as deacons gain a good standing for themselves and also great confidence in the faith that is in Christ Jesus.

Before looking at specific arguments, a general comment is in order to set the stage for the discussion. The focus of this debate is on verse 11. In this verse, Paul says that “‘gynaikas’ must be dignified, not slanderers, but sober minded, faithful in all things.” The difficulty is that gynaikas can either mean “woman” or “wife” depending on the context. Therefore, depending on how one interprets the context, the text can legitimately read either “wives must be dignified…” (as in deacon’s wives, though there is no modifier in the text) or “women must be dignified…” (as in “women deacons” or “deaconesses”). Hopefully, the rest of this article will help you as you think through the relevant argumentation on each side.

Let’s now turn our attention to the arguments for deaconesses. First, Paul uses gynaikas eight other times in 1 Timothy and, in most of these occurrences, “women” is the proper understanding and not “wives.” More specifically, in 1 Timothy 2:9, the same phrasing occurs using “women likewise” (gynaikas hosautos). Therefore, since this phrase in 1 Tim 2:9 is understood to be “women likewise,” we should also expect this phrase in 3:11 to be understood the same way. Second, why would there be qualifications for deacons’ wives but not elders’ wives? One could argue that it would be even more important for an elders’ wife to be qualified than for a deacons’ wife. Third, there is no possessive modifier in the text, meaning “their”, as in “their wives,” is not actually in the Greek text. Fourth, hosautos (“likewise”) is used in v. 8 to introduce the qualifications for deacons. Its use in v. 11 seems to indicate that a new category is being introduced that is parallel to deacons, namely, the office of deaconess. Fifth, the awkward structure of the passage (male deacon qualifications vv. 8-10, then deaconess qualifications v. 11, then back to male deacon qualifications v. 12) is explained by the fact that Paul “bookends” the qualifications for the deaconate with general qualifications (vv. 8-10, v. 13) and then in between he specifically addresses female deacons (v. 11) and male deacons (v. 12). Overall, we can see a compelling case in which this passage supports the view of deaconesses.

Now, let’s consider the arguments for understanding this passage to be referring to deacon’s wives. First, in the very next verse, gynaikas is understood as “wife” (“Let deacons each be the husband of one wife”). The immediate context of v. 12 should have more weight on our understanding of gynaikas than the similar phrasing using hosautos in 1 Timothy 2:9. Second, if Paul were referring to deaconesses, why would he use the ambiguous gynaikas? Though there was not yet a Greek term for “deaconess” at the time Paul penned this epistle, diakonous is what is known in Greek as a third declension noun that could be either masculine or feminine. Therefore, if Paul intended to clearly communicate that he was referring to female deacons, all he had to do was add a feminine article to the noun. Third, if Paul were referring to deaconesses, why would he not include marriage qualifications for them as he had previously done for elders (v. 2) and male deacons (v. 12)? Fourth, the structure of the passage is awkward in that it goes from male deacon qualifications (vv. 8-10) to female deacons (v. 11), and then back to male deacons again (v. 12). Finally, as to why Paul would include qualifications for deacons’ wives and not elders’ wives, Guy Waters writes,

In light of the sensitivities surrounding deacons’ work, and in light of the fact that wives may be called on to assist their husbands–particularly in addressing the needs of the church’s women–one could see why Paul might have desired that the church be satisfied with the character of a candidate and his wife as they assessed his suitability for the diaconate.

While one may be more or less convinced by arguments on each side, it should be clear that there are valid textual arguments–as well as arguments from silence–on both sides of this exegetical debate. What is one to do, then?

For me, the tipping point that led me to side with the view of deacons’ wives involved three arguments in particular. First, the structure of the passage turned out to be paramount in my mind. The explanation for the awkward structure by those who hold to deaconesses is that Paul addresses general diaconal qualifications in vv. 8-10, then specific qualifications for women in v. 11, then male specific qualifications in v. 12, and then concludes by once again addressing deacons in general in v. 13. While this is at first compelling, a closer look proved unconvincing to me. The problem is that Paul begins the so-called general qualifications in v. 8 with “Deacons likewise must be dignified.” Now consider how Paul begins v. 11: “Their wives likewise must be dignified.” If v. 8-10 were general qualifications, then why would Paul repeat “dignified” again when considering deaconesses? In light of this, it seems more likely that vv. 8-10 are not general but are set apart, in a sense, from the qualifications that are given to the women in v. 11. Ultimately, this would mean that male deacons have 4 verses specifically dedicated to them and female deacons would have just one. The lack of qualifications is problematic if Paul were actually speaking to the office of deaconess. The more natural reading of the text, then, seems to be that vv. 11-12 would fall under family and marriage qualifications for male deacons, which is not too dissimilar to elder qualifications mentioned above (vv. 1-7).

Second, along the same line of thought concerning qualifications, the fact that Paul does not include marriage qualifications for women is troublesome for the position that this could be referring to deaconesses. When I began to study this issue, I initially thought Paul probably left off marriage qualifications because of a cultural reason. Meaning, men were often more sexually promiscuous in the ancient world, so it was likely assumed that women didn’t need to be told to be a “one-man woman.” However, the problem with this reasoning is that widows were not allowed to be enrolled to receive support by the church if they were not “one-man women” (1 Tim 5:9). Therefore, this does not seem to be a cultural issue, but, rather, the reason there is not a marriage qualification for the women in v. 11 is because Paul is not describing a new office but is, instead, continuing to describe qualifications for male deacons.

Finally, though this may appear insignificant, if the structural argument by those who hold to deaconesses is adopted (general qualifications vv. 8-10, female v. 11, male v. 12, general v. 13), then why does Paul use “diakonoi” in v. 12 instead of “aner” (meaning “male”)? In other words, why would Paul say in v. 11, “women” and then in v. 12 say, “deacons” instead of “men”? If he were actually referring to male and female deacon qualifications, we would expect him to use “women” and “men” instead of “women” and “deacons.” The fact that Paul uses “diakonoi” in v. 12 seems to be another reason to favor the understanding that he is continuously addressing male deacon qualifications in v. 8-13. With this understanding in view, “deacons’ wives” seems to me to be the best understanding of v. 11.

In conclusion, I recognize that this is not a simple exegetical matter to think through. As stated above, there are sound arguments on both sides. This is not a matter in which we should be utterly dogmatic. Rather, when discussing or even debating this passage, charity is essential. My hope is that this article will be a helpful starting place for those who are new to the topic or additional exegetical fodder for those who are trying to work out what they believe.